Twenty-one-year-old Lauren was in college, leading a rich and full life out in what she now calls “the World.” She had a boyfriend and plans for marriage and children. Instead of following this seemingly known path, she felt called to religious life and, after hearing God propose to her via a song on YouTube, has chosen to live her life as a cloistered nun. Since entering the monastery, she now spends her days leading a hidden life of prayer and ritual, shielded from the outside world in order to focus on the spiritual realm and a higher calling—praying to save all souls.

The Dominican Nuns of Summit, New Jersey, are a cloistered Roman Catholic monastic community founded in 1919. While the number of nuns in the monastery varies at times, upon my first meeting them, there were twenty-one nuns ranging in age from twenty-one to ninety-two years. Some had been in the monastery for as long as sixty-two years. At the time of starting this project, Sister Lauren, then the youngest nun, had been there for just three weeks. 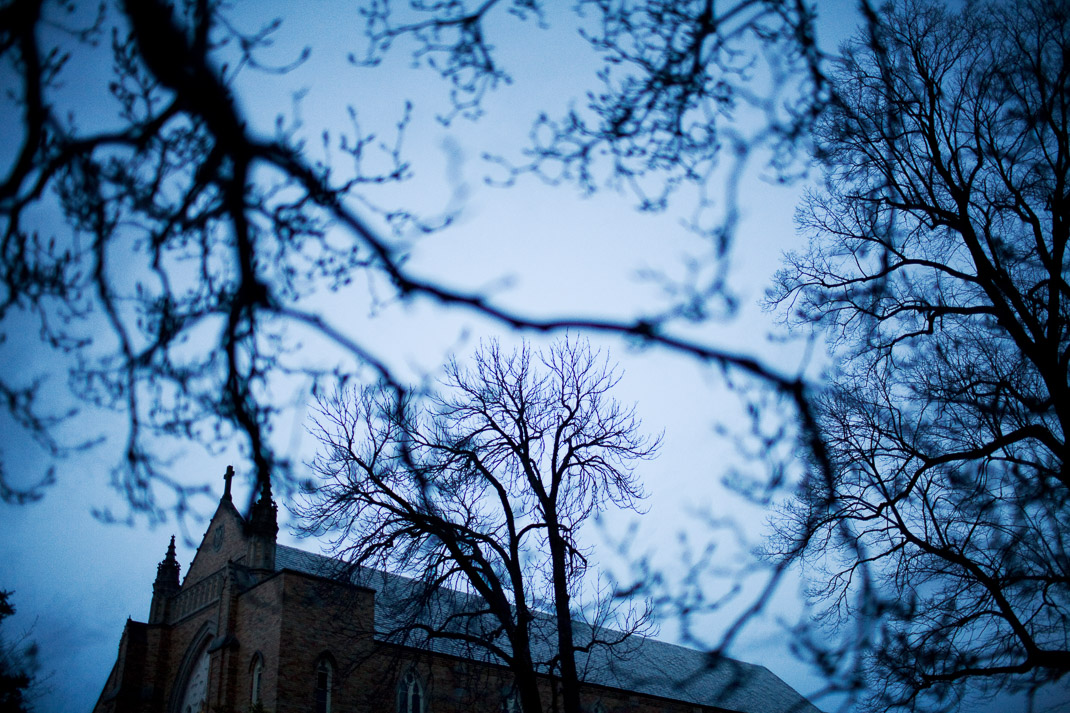 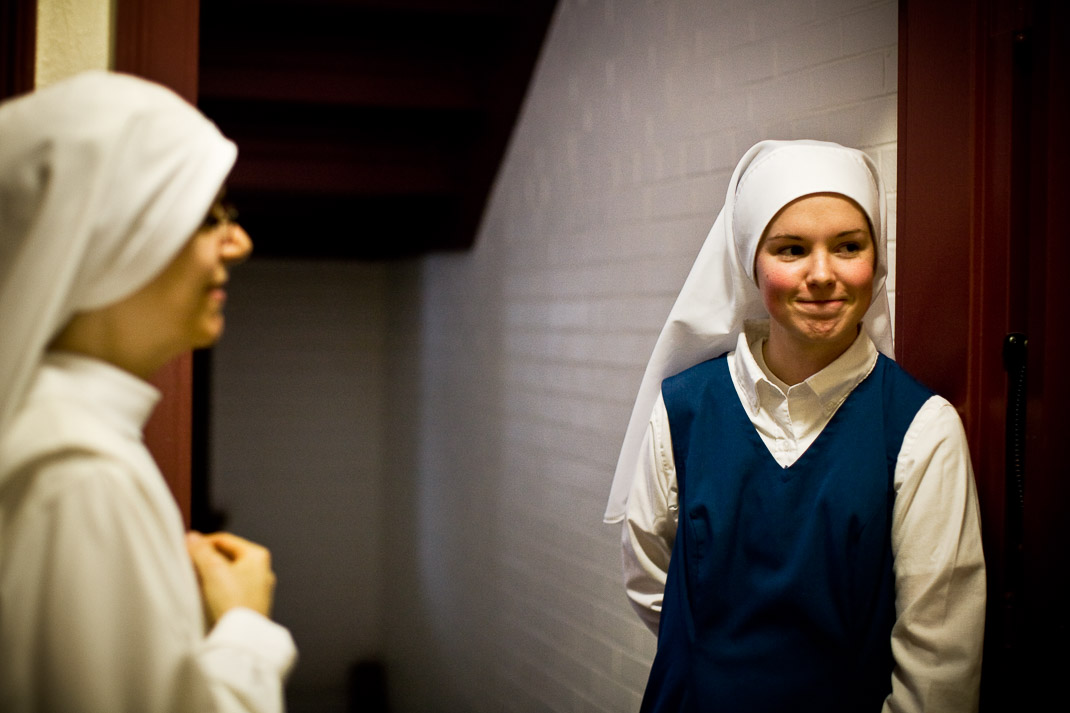 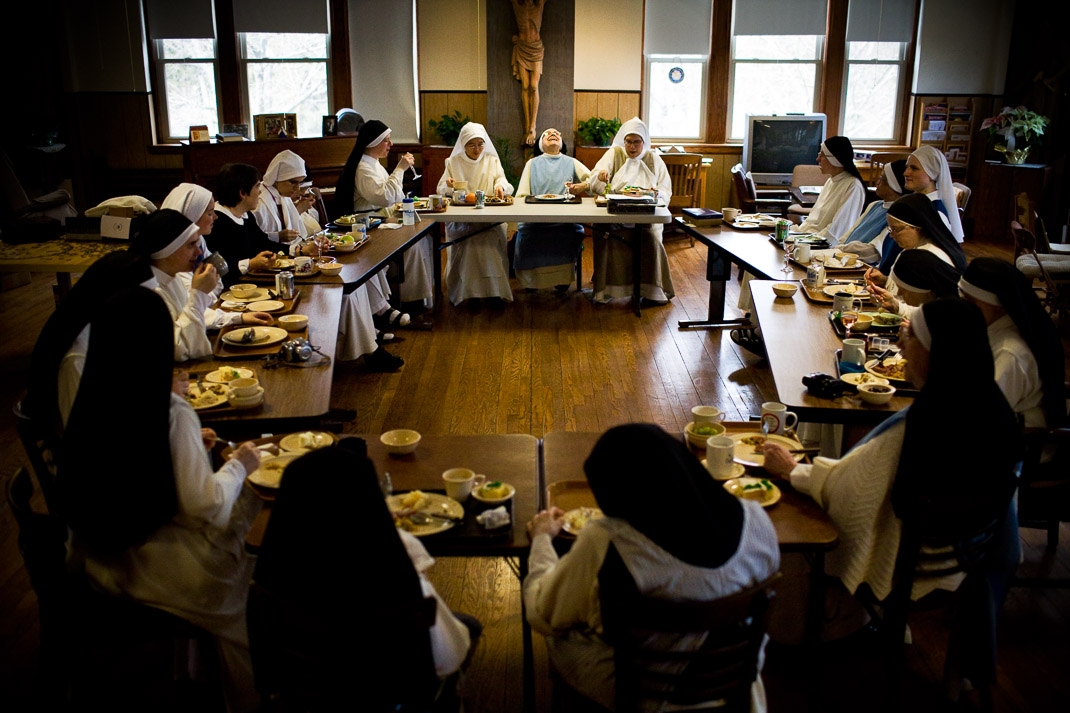 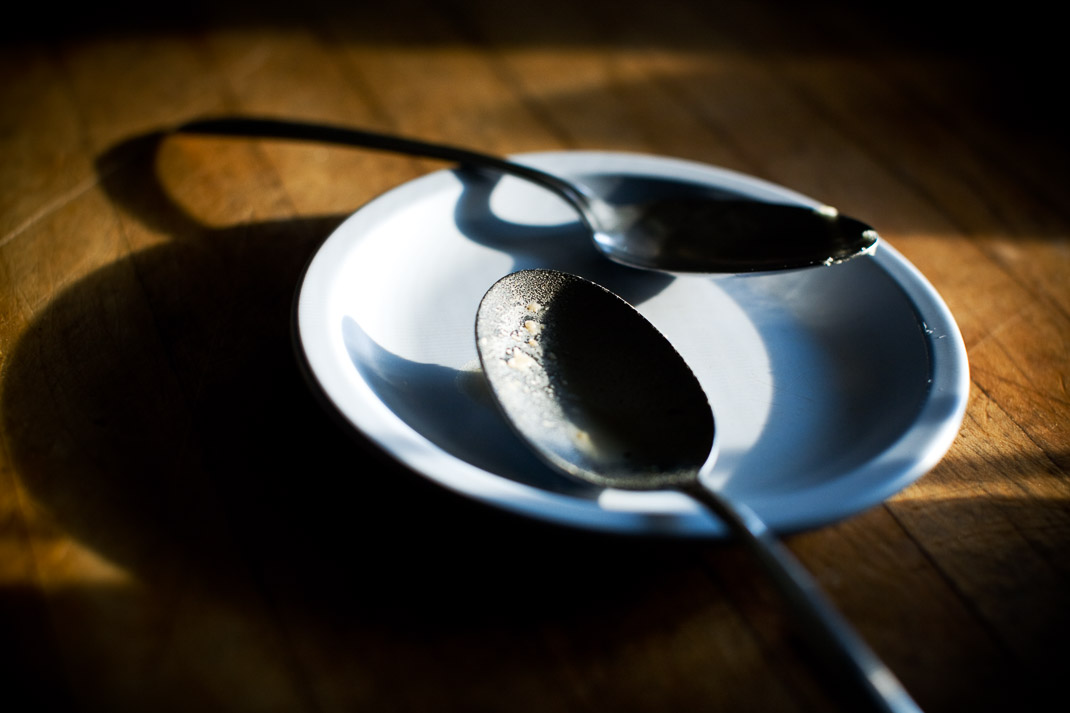 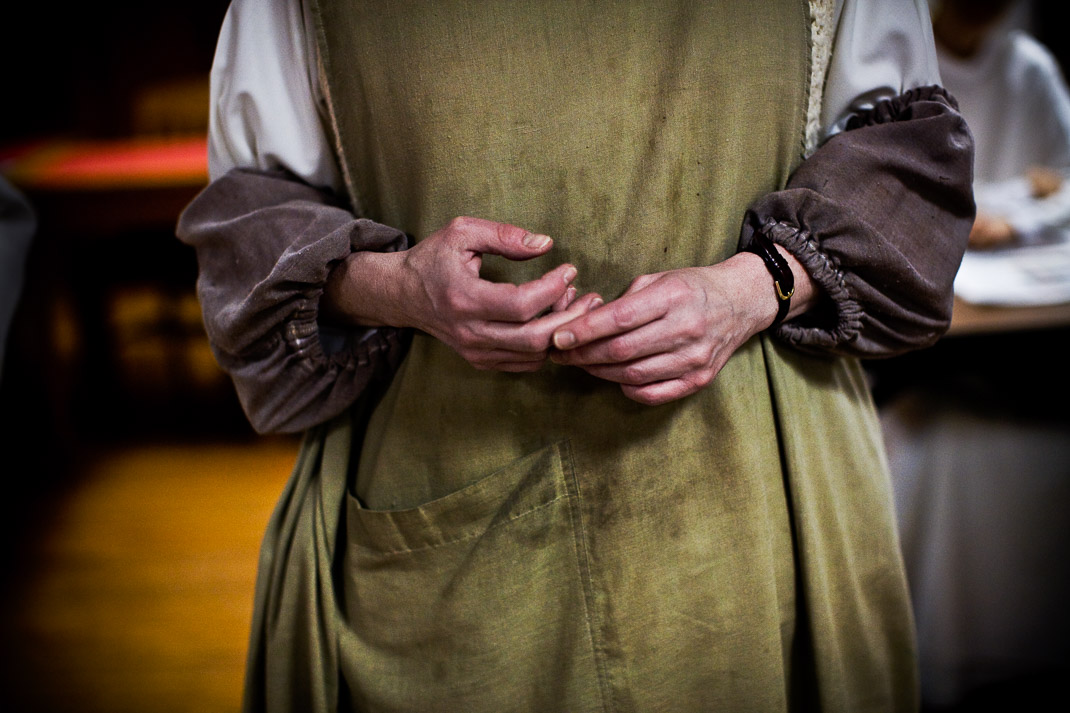 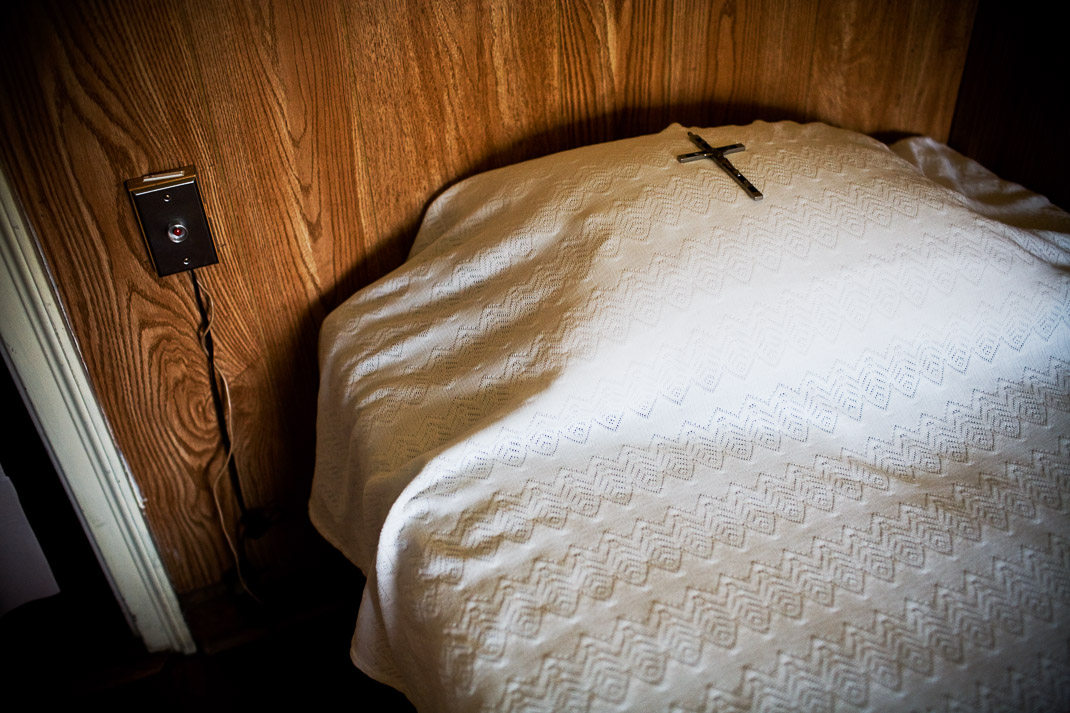 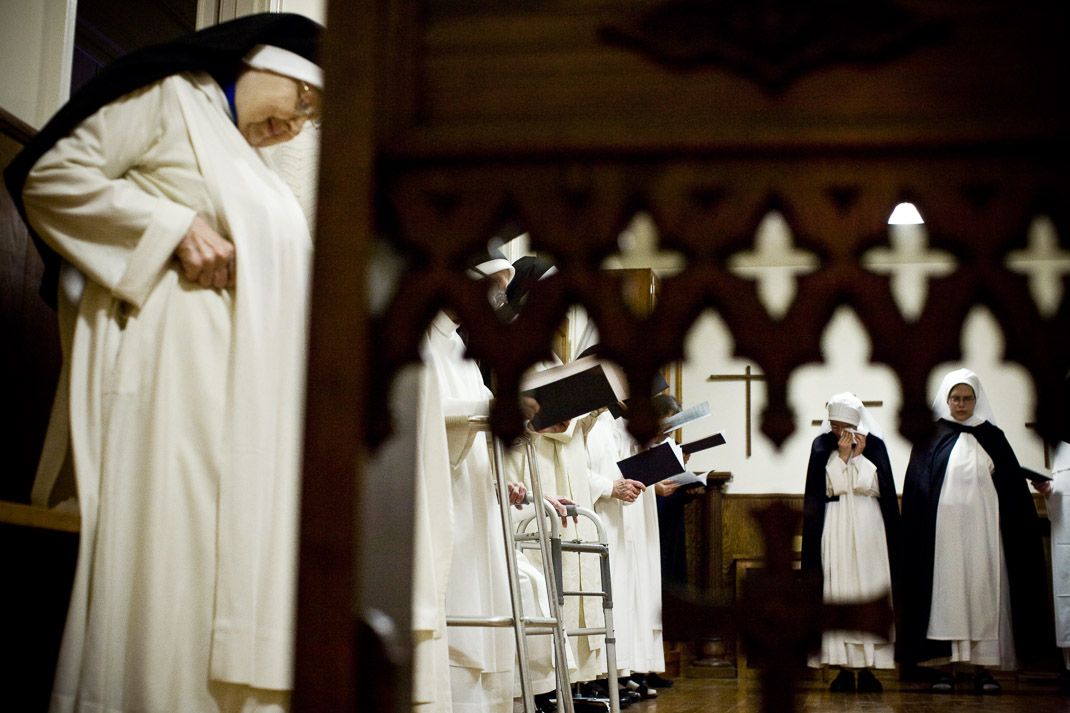 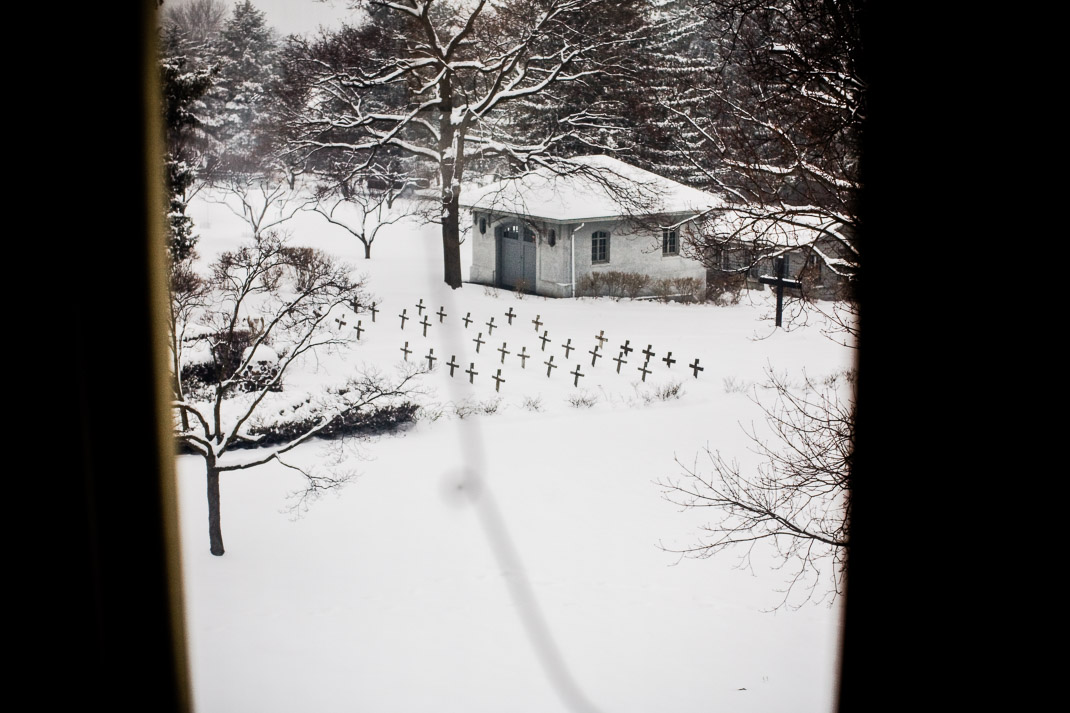 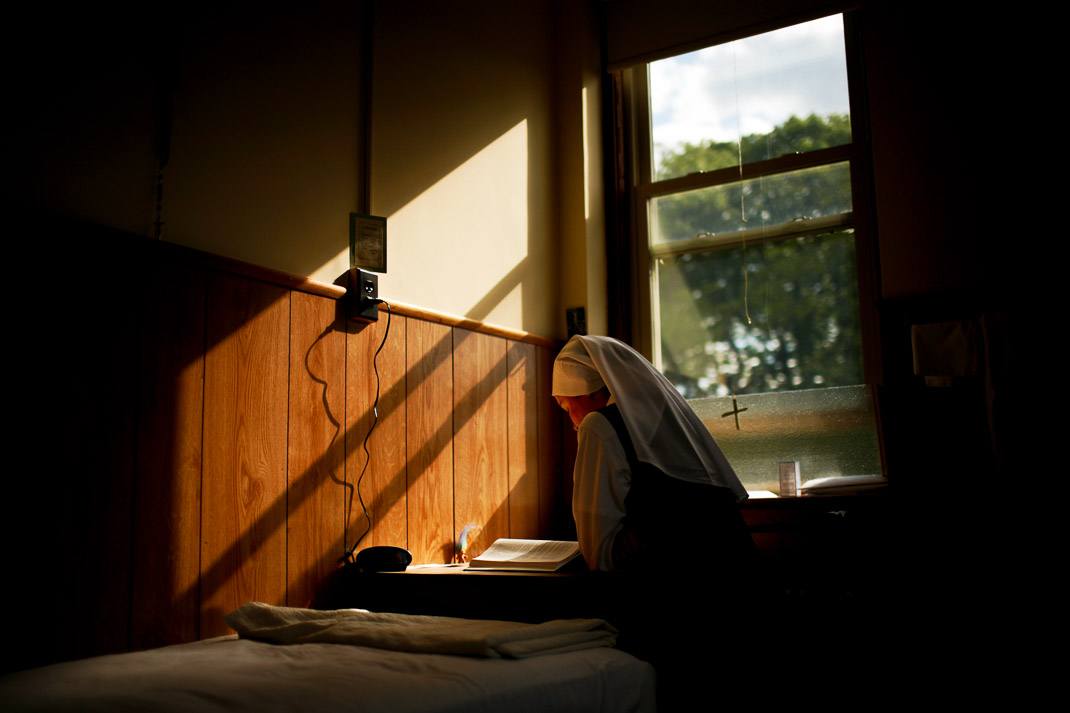 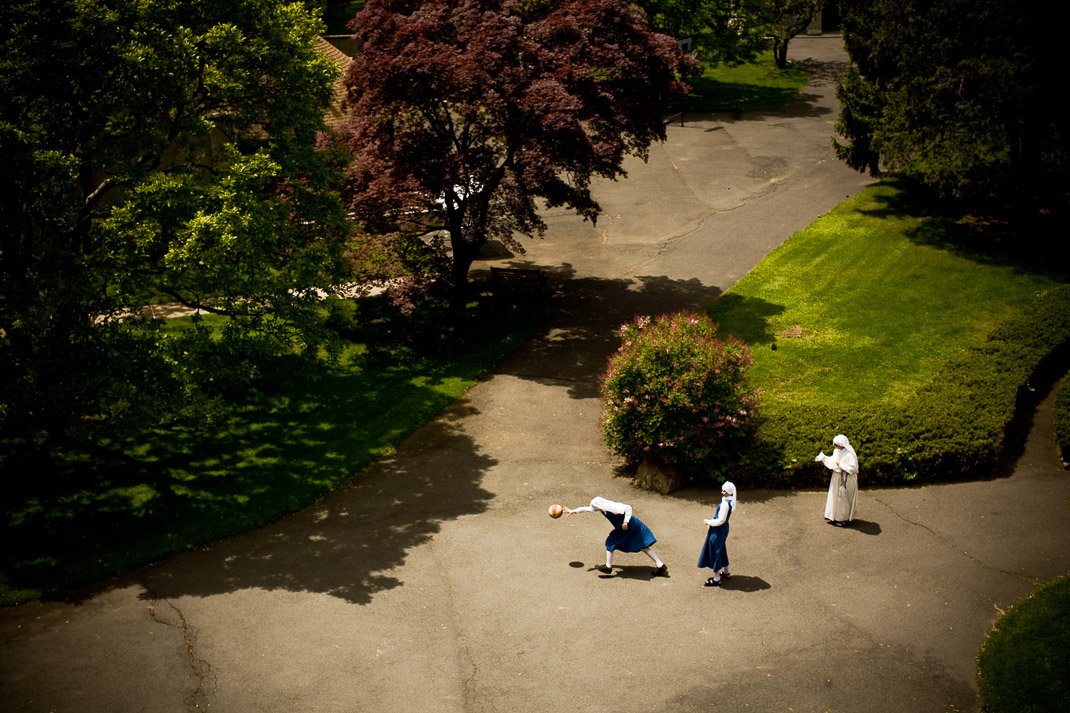 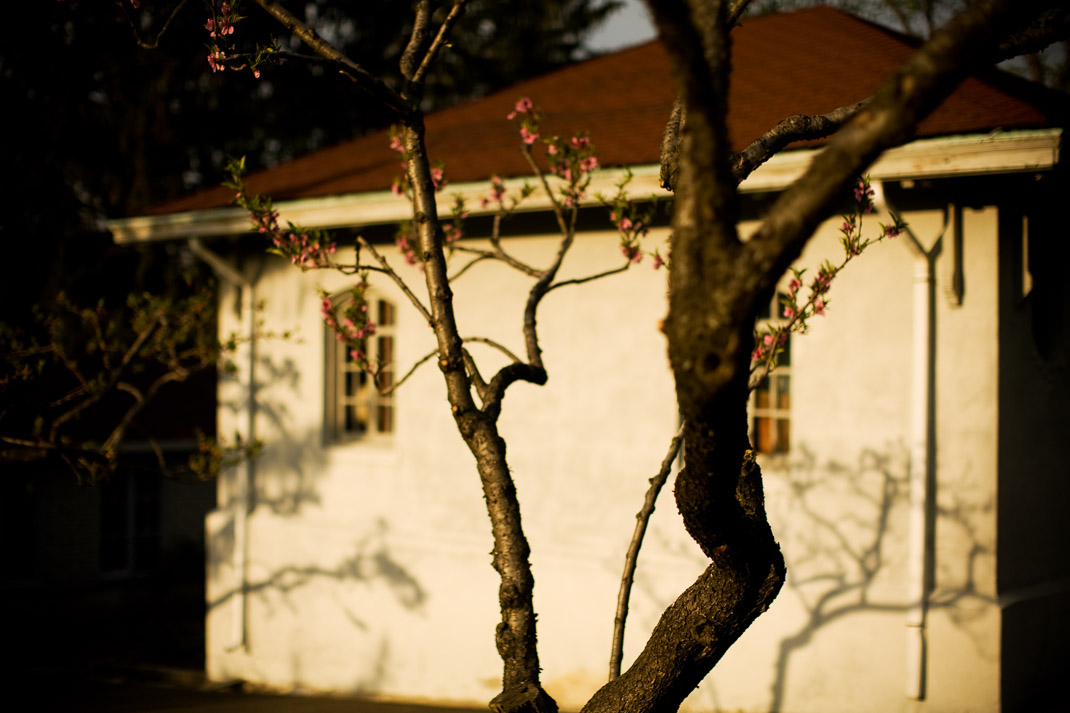 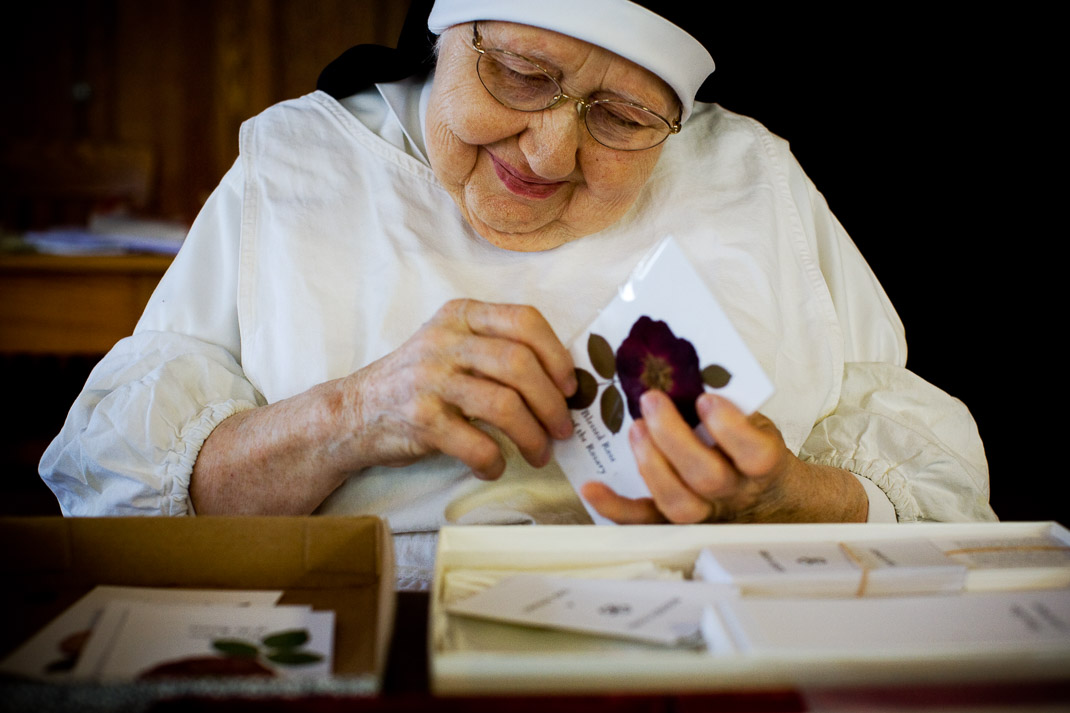 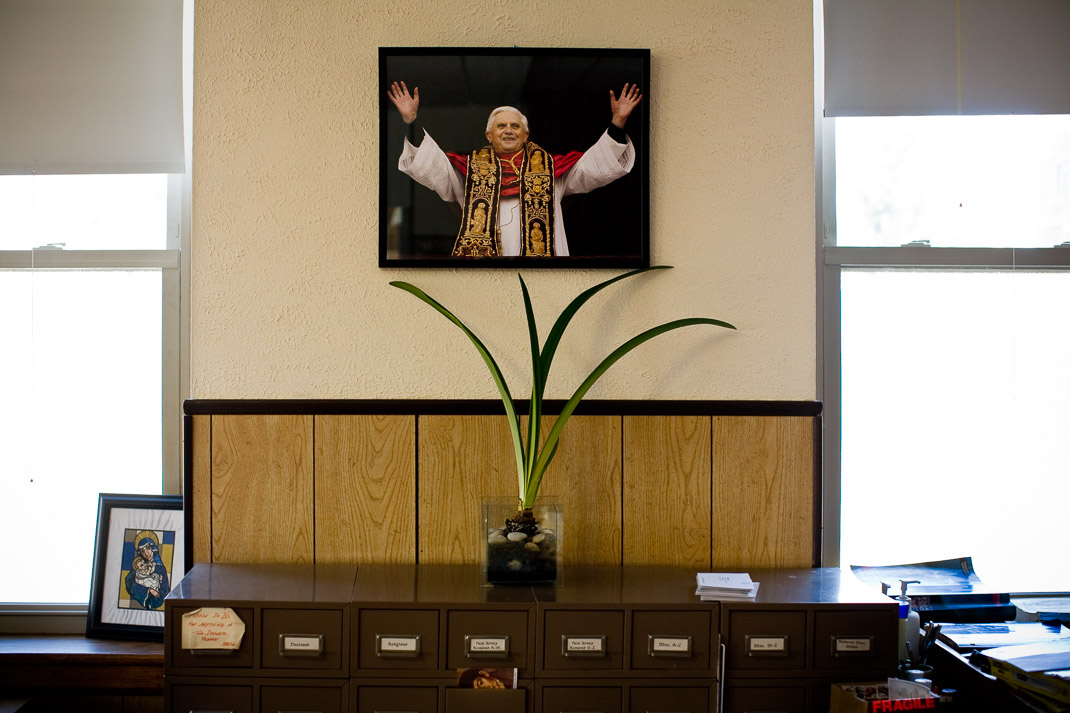 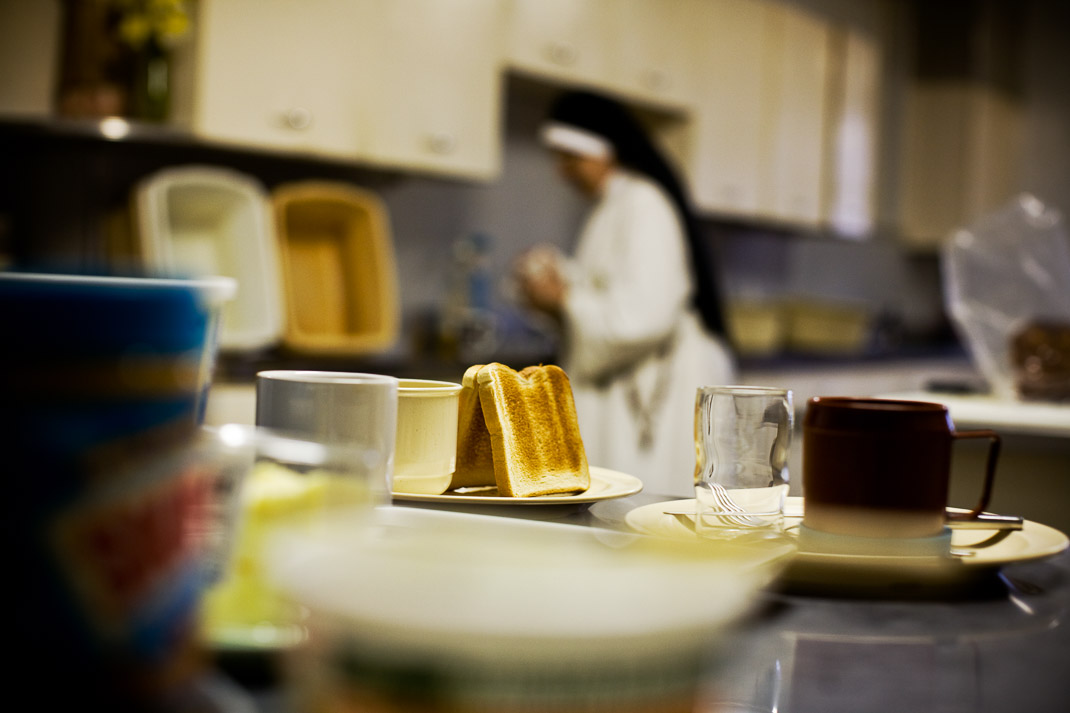 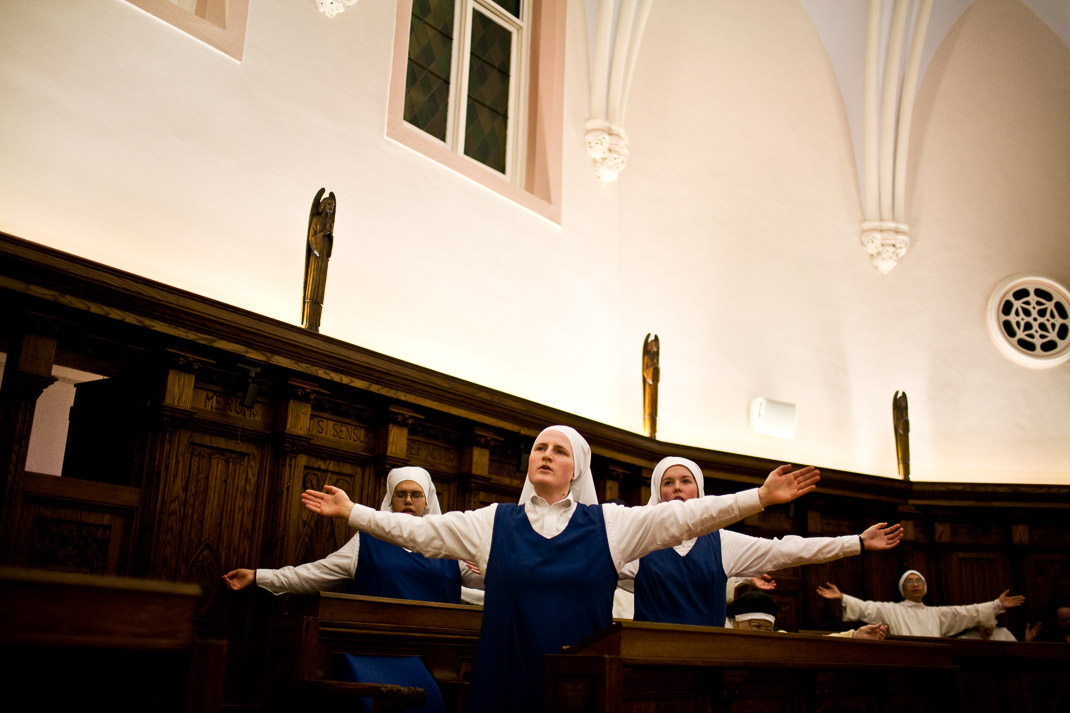 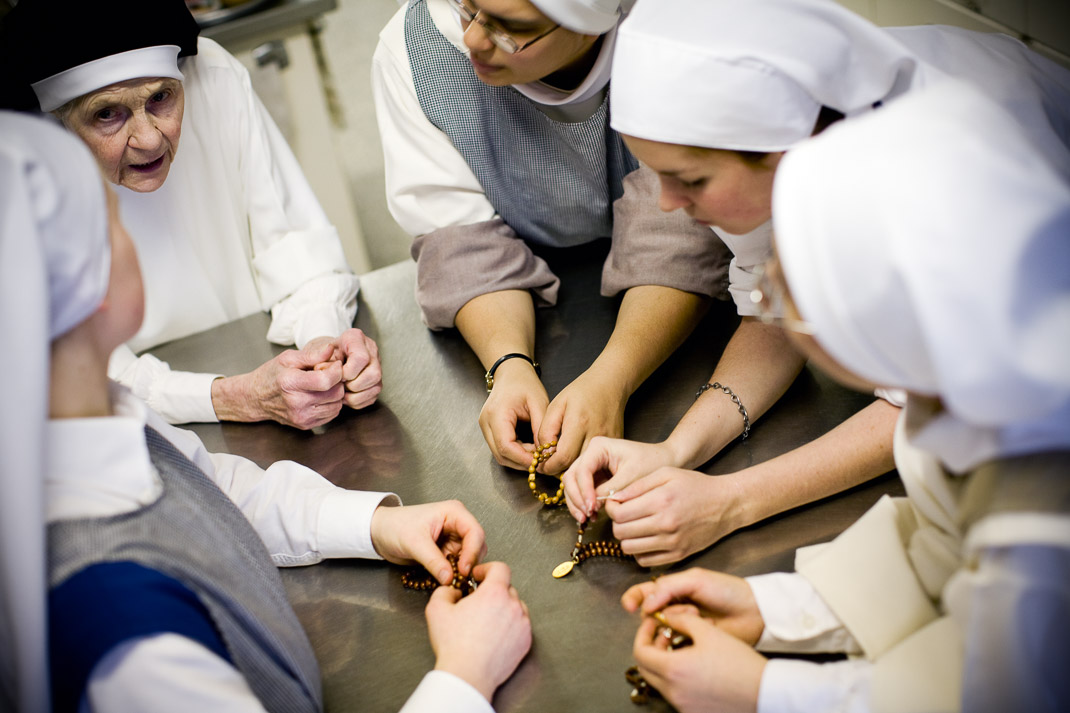 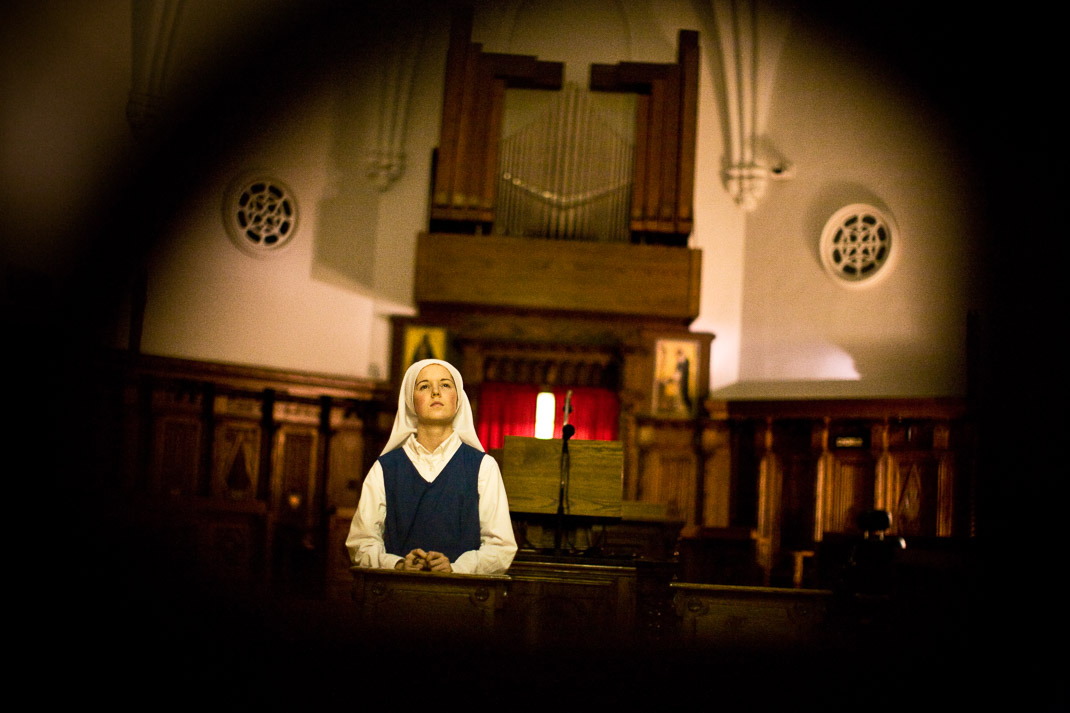 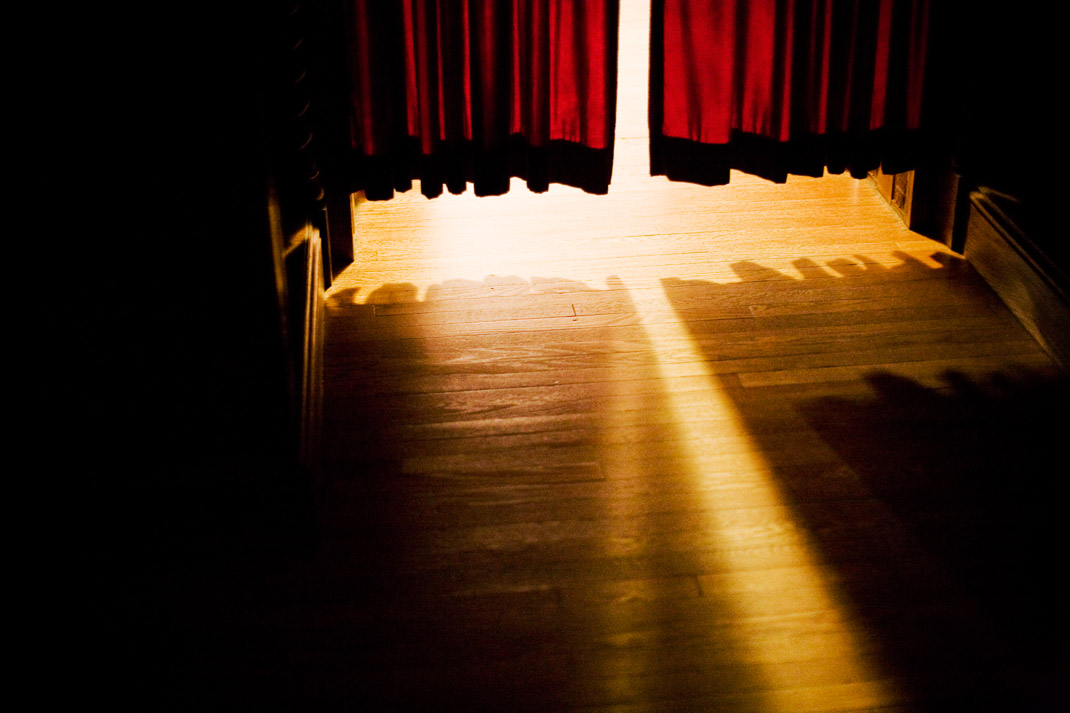