Yahoo News national political columnist Matt Bai interviewed President Barack Obama after the president’s trade pact speech at Nike World Headquarters in Portland, Oregon, on May 8, 2015. During the rally at Nike, the president addressed some of the criticisms against the proposed 12-country Trans-Pacific trade deal, cautioning that the United States must lead in trade negotiations. The trade deal was signed on February 4, 2016. 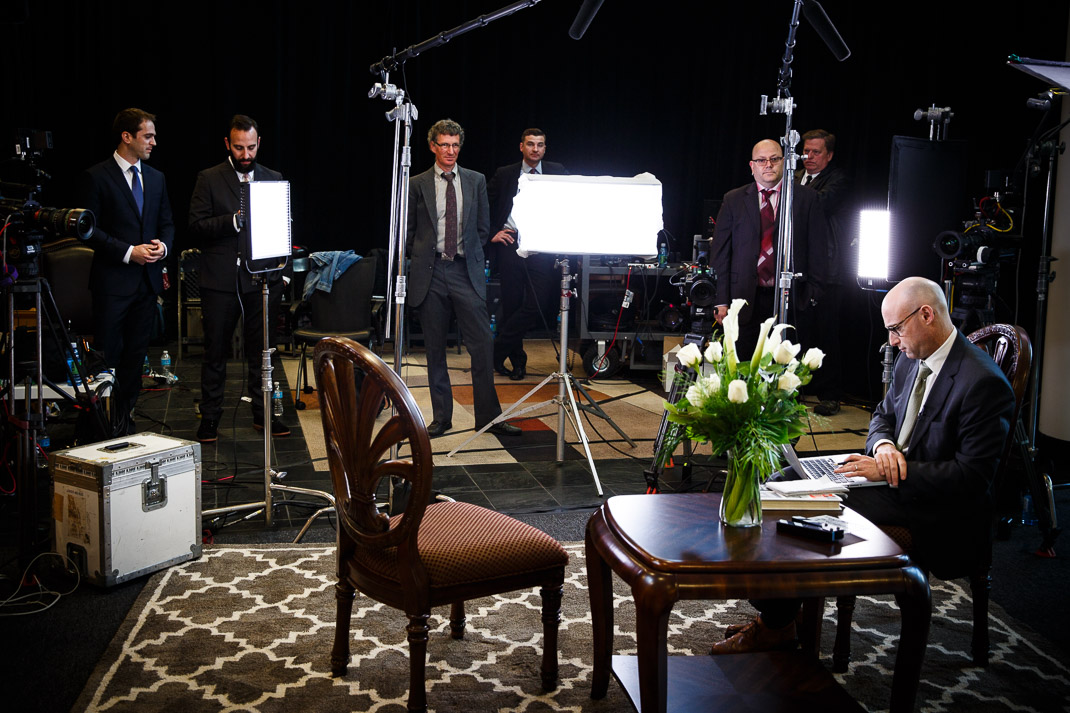 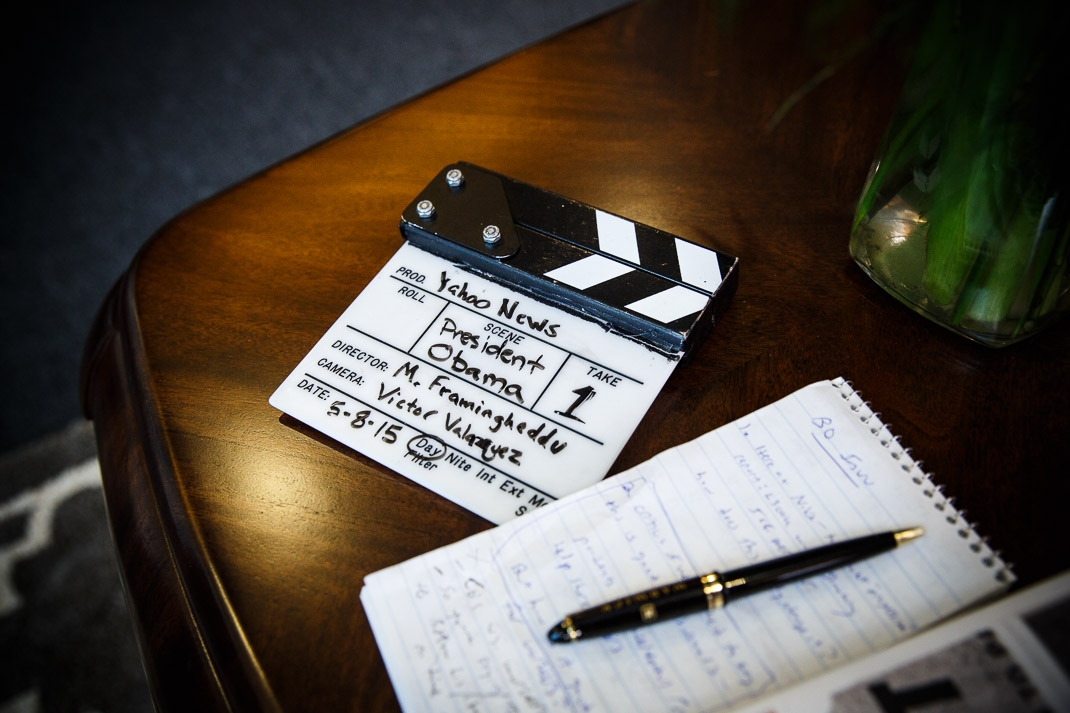 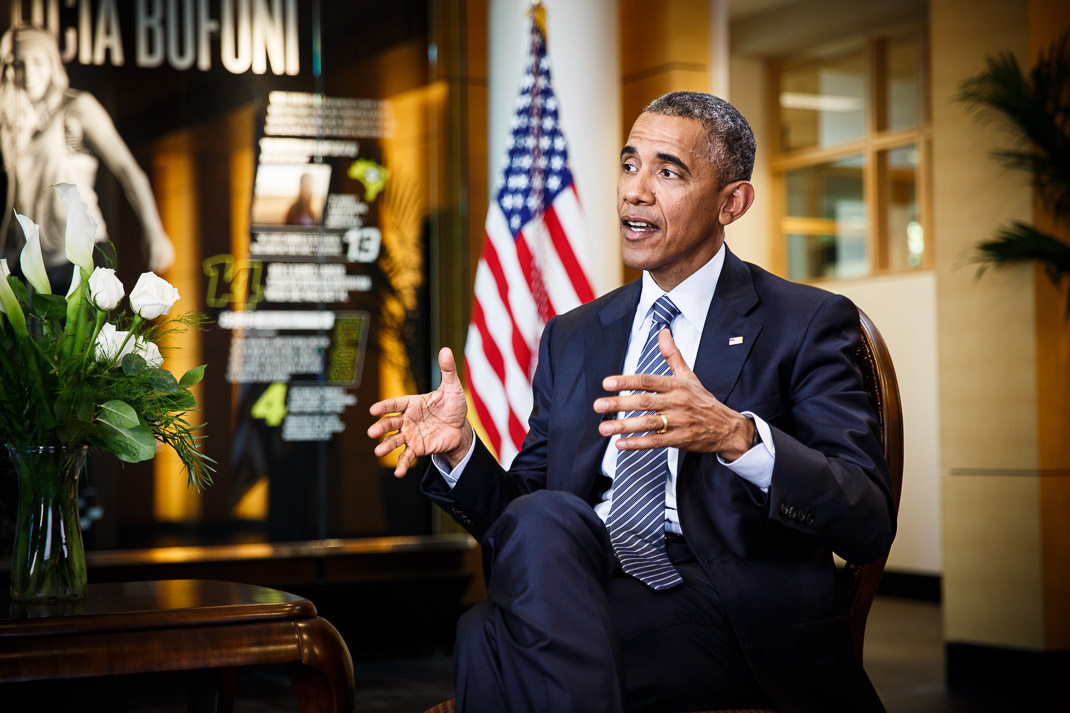 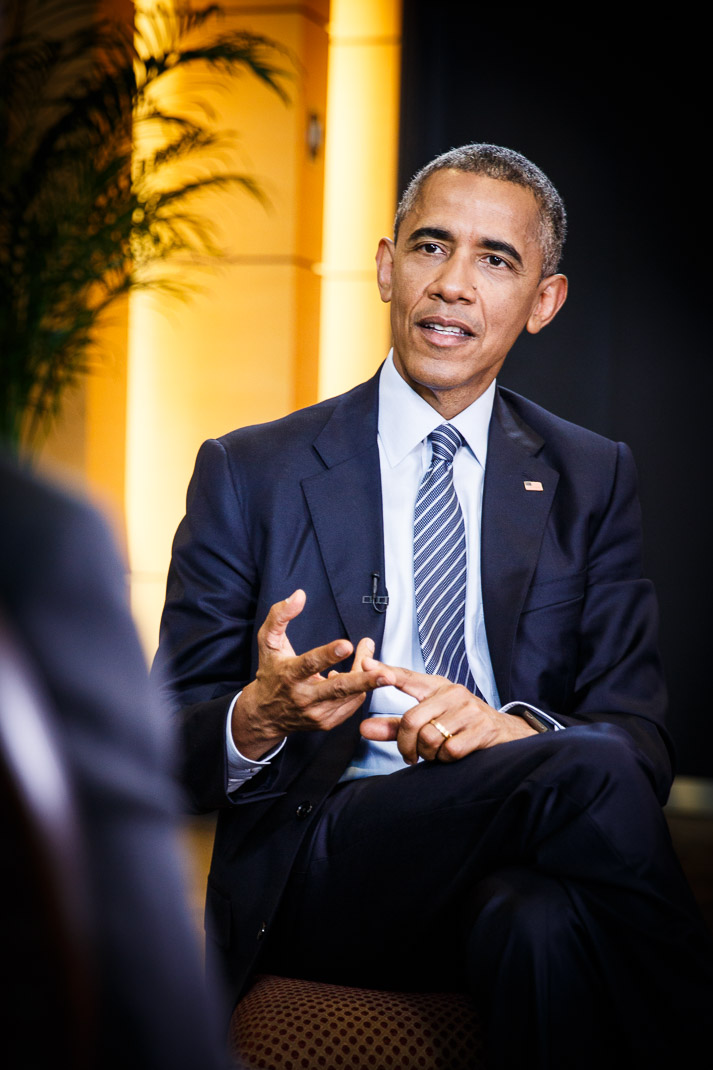 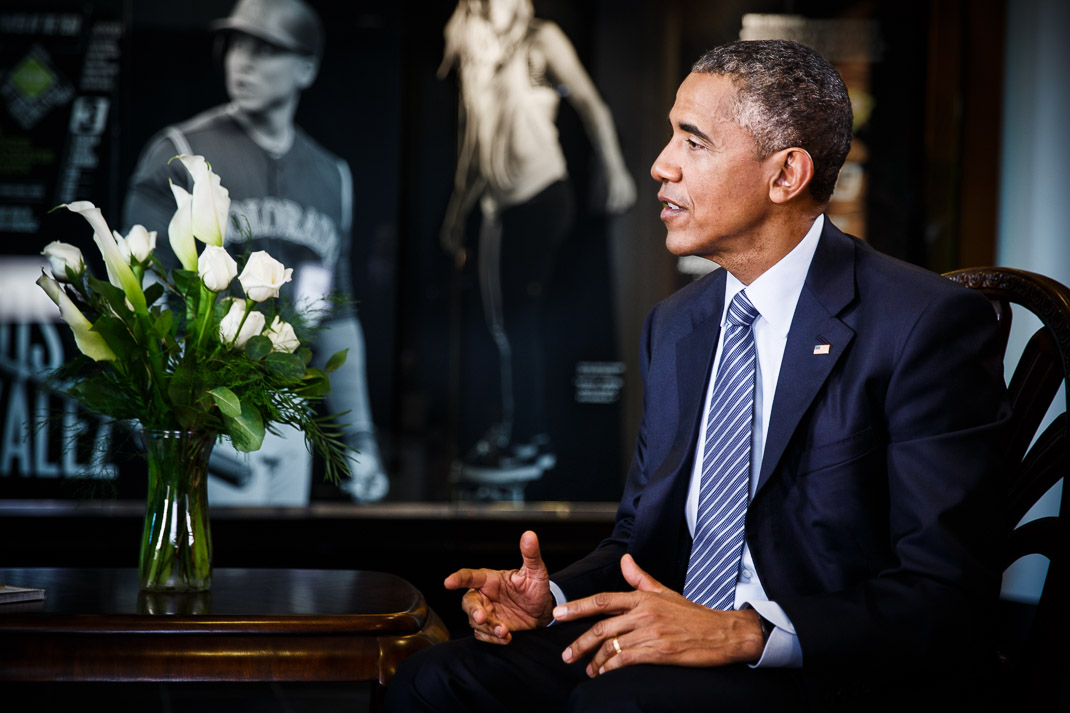 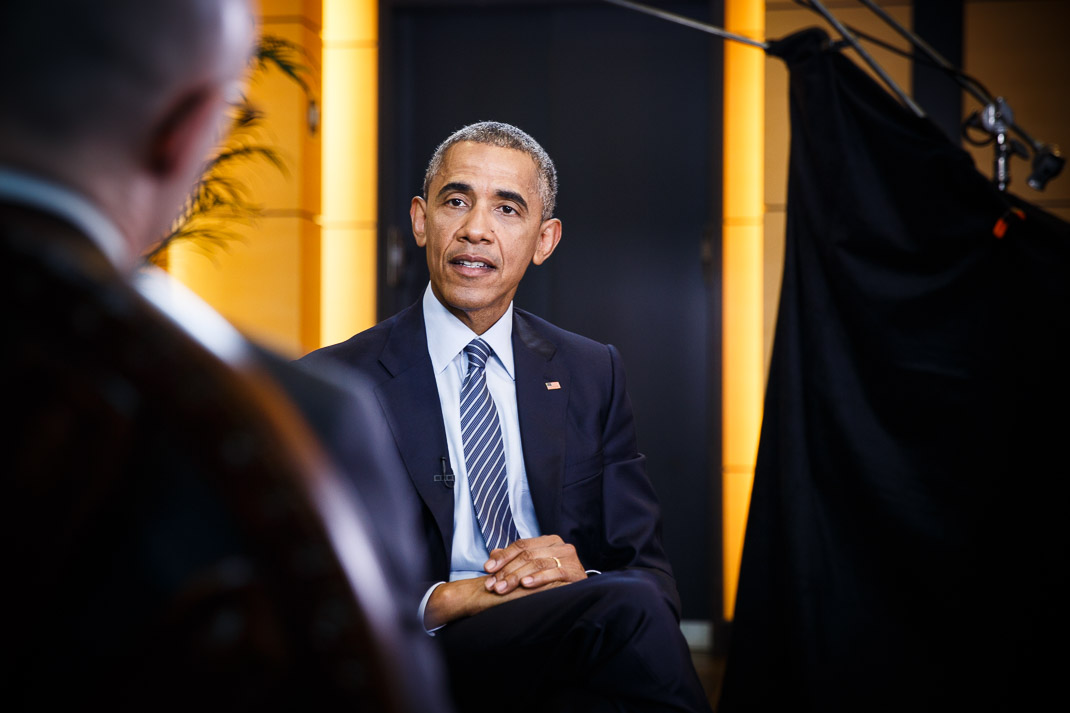 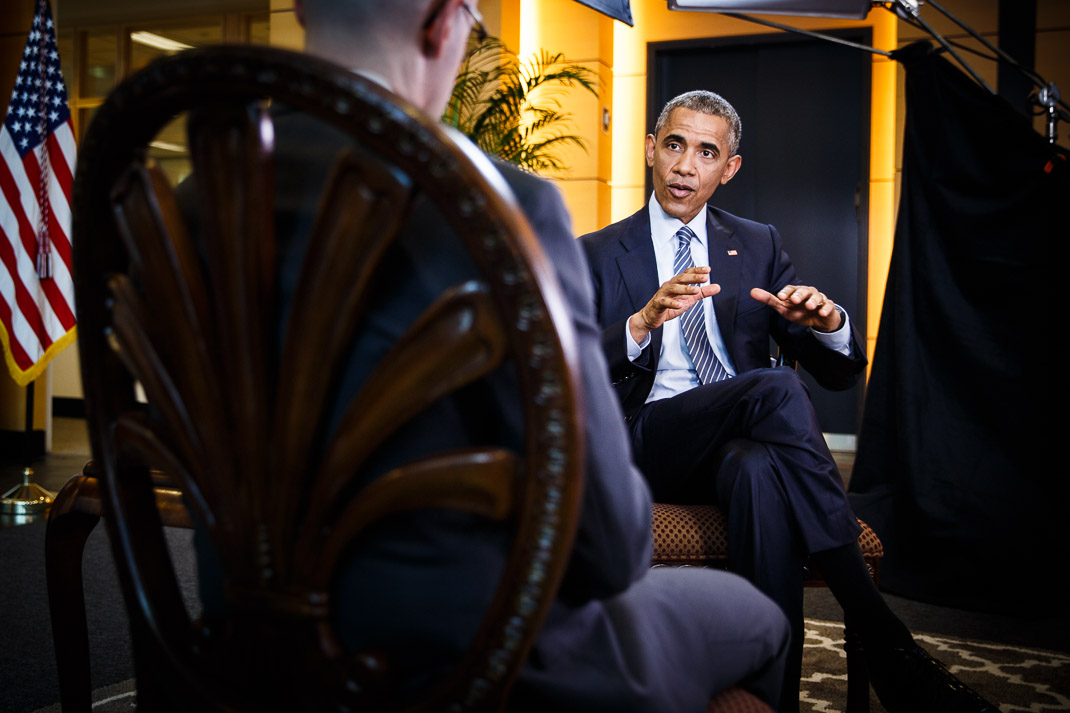 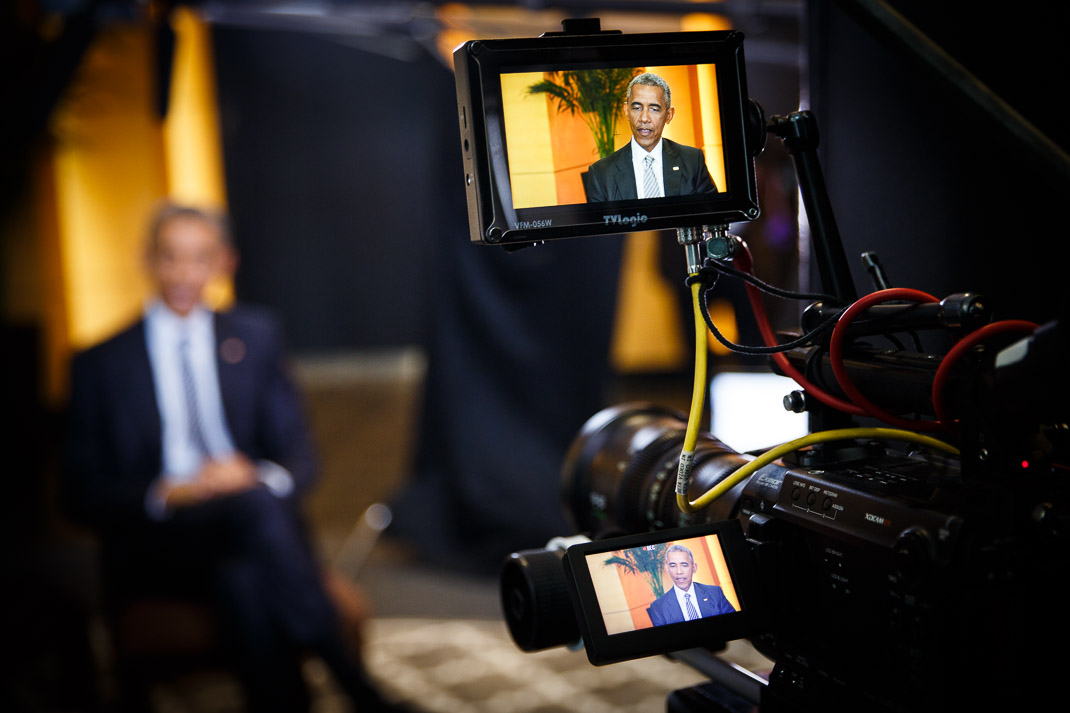